Art in Progress. A Philosophical Response to the End of the Avant-Garde 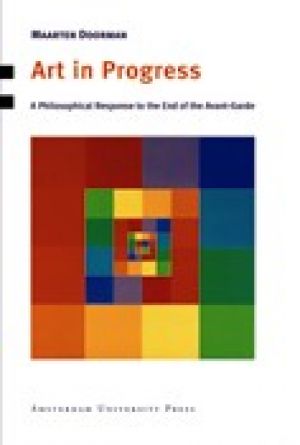 Art is supposed to be of our time or rather of the future. This perspective has dominated art and art criticism for more than a century. The author of this challenging and erudite study traces how the idea of progress in art came into being and examines the widespread rhetorical impact of concepts of progress. After the end of the avant-garde, the idea of progress in art collapsed and philosophers like Arthur Danto soon began proclaiming the end of art. Doorman investigates the crippling effects of postmodernism on art and proposes a new notion of progress with which to understand contemporary art. Art over time can be seen as a process of accumulation: works of art comment on each other, enriching each other’s meanings. These complex interrelationships lead to progress in the sensibility of the observer and the significance of the art works themselves.

The American philosopher and art critic Arthur Danto wrote about this book: In the nineteenth century, the history of painting was regarded as the paradigm of a progressive undertaking, and evidence that historical progress is a possible idea everywhere else. In post-modernist times, however, progress seems to have all but lost meaning against prevailing philosophies of the end of art. But the end of art does not entail that there has not been genuine progress in the philosophy of art. Maarten Doorman’s challenging and valuable study contributes to that progress, wheter or not progress in art itself remains, as he argues, a tenable idea.